Get Your Free Case Review!

Fill out the form below. 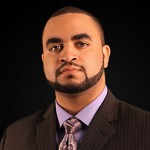 Aaron D. Godsey was raised in Wichita Falls, Texas. He came to DFW in 2007 to work for Godsey Martin, P.C. Aaron is the longest tenured attorney at the firm and has handled a wide range of duties for the firm ranging from Guest Services to Litigation Attorney. Currently, Aaron is a managing attorney in the Pre-Litigation Department at Godsey Martin.

Before attending law school Aaron graduated from Southwestern Oklahoma State University, where he received a football scholarship. After graduating from SWOSU with a Bachelor’s Degree in Social Work, Aaron attended Texas Wesleyan University School of Law (now Texas A&M University School of Law) where he received his Juris Doctorate in 2010. During his undergraduate studies, collegiate athletics, and law school, Aaron developed a tremendous work ethic that he applies daily to advocate for thousands of injury victims. He leads a team that is responsible for obtaining millions of dollars a month for injured Texans.

Aaron is a member of the Texas Bar, Texas Trial Lawyers Association and American Bar Association. He is also admitted to practice law in the United States District Court for the Northern District of Texas.

Aaron’s wife, Kim, is an attorney and Director of Legal Affairs for one of the largest Energy Management providers in the world. In his free time, Aaron enjoys spending time with his wife & three children and keeps busy with football, church and his oldest son’s basketball team.